As featured in Adweek 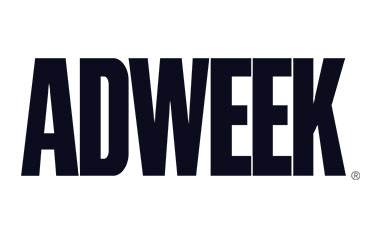 The iconic businesswoman is spreading the word about her newest venture

The line between satire and homage can be incredibly thin. When a brand leans into accepting the silly side of its image, it can create some surprisingly metatextual results.

Created through Martha Stewart Kitchen’s (MSK) AOR Mediacast Solutions, the new Martha Stewart campaign has tapped rapper Yung Gravy, known for bringing an irreverent sense of humor to his music. The result is an initiative that pokes fun at itself while instilling the name of Martha Stewart in consumers’ minds via its catchy, repetitive lyrics.

“Martha gave us the creative freedom needed to create content that is unique and fun—reflective of her personality—and to shake up the frozen food advertising space,” Tom Brainard, founder of Bolder Media and the producer and director of the campaign, said in a statement.

The connection between the brand and this satirical send-off of Stewart’s influence in the homemaking sphere combine to create a comical spot in which Stewart calls Yung Gravy to ask him to provide some music for the campaign. “Martha, I think I’ve got just what you need,” he assures her. Yung Gravy’s song titled “Martha Stewart” then plays over a music video-like sequence.

The initiative is intended to spread awareness around MSK’s many frozen appetizers, entrees, and desserts that are now available in over 10k retail spaces across the United States. The spot was recorded in Martha Stewart’s Bedford, NY home and Yung Gravy’s Los Angeles home, both in-person and via apps like Zoom.

Short and long versions of the video debuted in conjunction with the release of James Bond: No Time To Die on Oct. 8 and continue on social where fans are encouraged to follow hashtags #MarthasFirstTime, #MarthaStewart, #MarthaStewartKitchen, and #MarthasintheFreezer, as well as following @YungGravy, @MarthaStewart48 and @marthastewartkitchen.

“We wanted to surprise and delight Martha Stewart fans, and all foodies, with premium frozen food options that simply elevate the dining and entertaining at home experience, and we’re surprising them with an unexpected celebrity partner making the creative even more engaging and memorable,” said Nina Gunther, CMO of Martha Stewart Kitchen, in a statement.